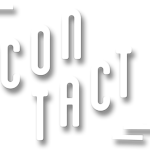 2/2 The new @schooltv @ntrclipphanger is about the

1/2 The new @schooltv @ntrclipphanger is about the

A while back I collaborated with Natali Voorthuis

One doodle a day keeps the doctor away 🌝

Werner Klemke was an illustrator from East-Germany, who saved the live of hundreds of Jews in the Netherlands as a ‘Wehrmacht’ soldier during WWII.

After the war he returned to Germany to become one of the most famous German Illustrators.

The animations are based on the actual drawings that Klemke made in the diaries he kept during his time as a soldier. This forms the connecting theme in the documentary Treffpunkt Erasmus by Annet Betsalel who uncovers this touching story.

The film had it’s festival premiere in Berlin in May 2015 and was launched in Cinemas in August 2015.